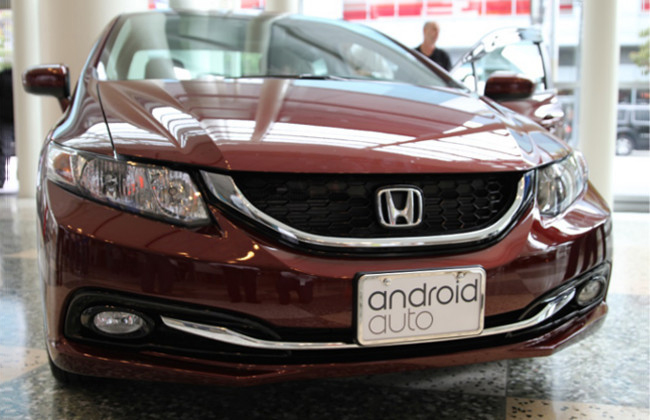 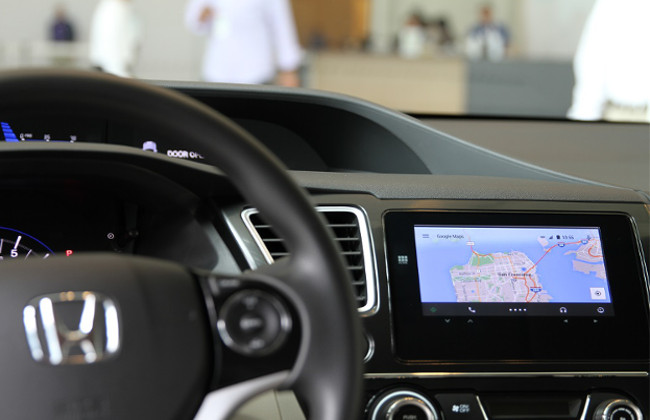 Building on a series of advancements aimed at improving the in-car technology experience for consumers, Honda will introduce select vehicles compatible with Android Auto™ in 2015. Honda is displaying a functional prototype at Google I/O 2014, the annual developer conference hosted by Google in San Francisco, CA. Honda and Acura models and trims compatible with Android Auto will be announced in the future.

To initiate Android Auto, Honda drivers will simply connect their compatible Android smartphone to the vehicle’s USB port using the cable that came with their phone, allowing them to intuitively access supported apps and features using the car’s in-dash display and voice controls. After connecting the compatible Android phone to their Honda vehicle, drivers will be able to “project” their smartphone experience onto the car’s in-dash display, giving them access to apps and services that have been optimized for the vehicle environment.

“Honda’s goal is to integrate the power and functionality of today’s smartphones directly into our vehicles in a way that is seamless and intuitive for our customers,” said Nick Sugimoto, senior program director for Honda Silicon Valley Lab. “By working collaboratively with Google and other technology companies, Honda will help millions of consumers around the world more easily and conveniently access their smartphones’ content, data and features.”

Honda is a founding member of the Open Automotive Alliance (OAA), a group of automakers and technology companies committed to bringing the Android platform to cars. The company’s open innovation lab, Honda Silicon Valley Lab, spearheads Honda’s global interactions with technology companies like Google, as well as developers, to create cutting-edge products and customer experiences.

Honda has been an industry leader in equipping its vehicles with technologies that support customers’ efforts to be more alert drivers, including the early introduction of hands-free telephone functionality, wide application of back-up cameras to 100 percent of automobiles by model year 2015, as well as other features. Further, Honda is raising awareness of the dangers of distracted driving through initiatives like the Honda “#ThumbsUp” campaign, which launched in April 2014.

About Honda
Honda established operations in America in 1959, and now employs more than 39,000 associates in its North American sales, R&D and manufacturing operations with a capital investment of more than $16.3 billion.

Eight Honda auto plants in the region, including four in the U.S., have the capacity to produce 1.92 million automobiles each year. In 2013, 94 percent of the Honda and Acura automobiles sold in the U.S. were produced in North America. Those plants today manufacture 11 different models, including four passenger cars and seven light trucks.

A fifth U.S. auto plant, the Performance Manufacturing Center, is under construction in Marysville, Ohio, and next year will become the exclusive global production location for the next generation Acura NSX.

Honda operates major research and development centers in the U.S. that fully design, develop and engineer many of the products Honda produces in North America.